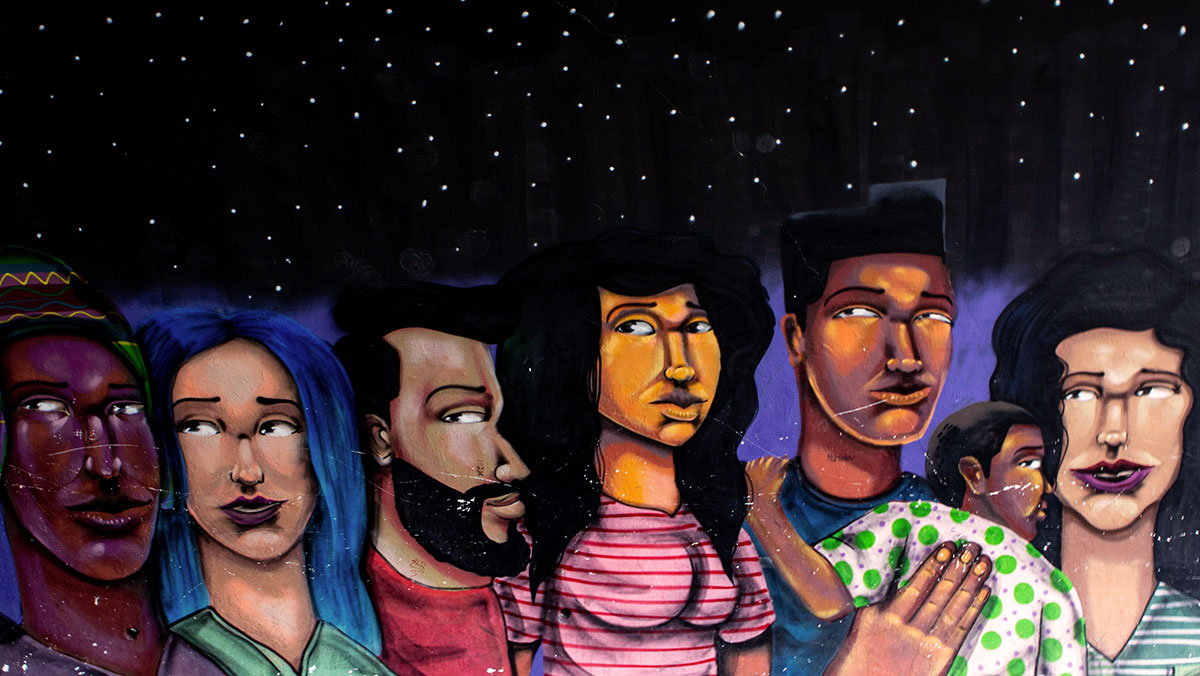 Seven-times world champion and the only black driver to have ever raced in Formula One since its creation in 1950, Lewis Hamilton recently showed his support to the LGBTQIA+ community by wearing a rainbow flag helmet during the last 3 races of the 2021 Formula One season. These races were hosted in Qatar, Saudi Arabia, and the UAE – countries where same-sex relationships are illegal and where the only two acknowledged genders are male or female. When asked about his decision to wear the helmet, Hamilton stated that “Equal rights is a serious issue” and that he hoped this action would “spark positive conversation and change”.

This gesture of support was praised by many, but Nasser Al Khater, CEO of the 2022 FIFA World Cup in Qatar, cautioned that while everyone was welcome to express their opinions and visit the country – regardless of their sexual orientation and gender identity expression – Qatar and the local regional area were more conservative about the topic than other cultures and that he encouraged fans from abroad to respect that.

Despite best intentions, this example highlights the challenges in finding the delicate balance between being progressive versus offensive, especially in a global and cross-cultural environment where sensitivities vary greatly. With that in mind, how can global brands avoid potential pitfalls while still driving progressive inclusive initiatives across markets?

Recent research shows a growing focus from companies and their agencies to be more inclusive in their business and messages. Google saw a 181% uplift in consumers searching for diverse brands between January 2020 and January 2021, and, according to a 2020 study by Microsoft, 76% of Gen Z are more likely to support brands that are authentic in their advertising. Not only is there a demand from consumers for more diversity in advertising, but diverse ads also appear to perform better. Research from Unilever and Kantar in 2019 suggested progressive ads are 25% more effective and deliver better brand impact.

But is this true around the globe? And how can global brands trigger awareness and mindset change without creating an uproar within some markets or communities? How far can they go?

Cultural intelligence and diversity mapping are the keys to unlocking some of these challenges. Let’s consider how.

How cross-cultural research can challenge your own perception

What is inclusive marketing?

This definition puts an emphasis on diverse communities – but how diverse the community that you are serving is will hugely vary depending on the country. For example, Brazil has the largest proportion of people of African heritage outside of Africa, and 56% of Brazilians identify as black or mixed. In the US, 18.5% of the population is Latino (60.6 million), which accounts for more than half of the total US population growth since 2010. These factors hugely impact what ethnic diversity in advertising means, looks, and sounds like – and will, by definition, vary greatly from one nation to the next.

Did you know that same-sex marriage is still prohibited in 69 countries and that women need their husbands’ approval to work in 18? This might seem shocking to the Western world, yet in a global environment, challenging your own perceptions and understanding that what is commonly accepted in some cultures might cause outrage in others is crucial if you want to develop campaigns that will work across markets.

To get cultural intelligence right, it is critical to consult local experts who will provide you with that level of insight and granularity. Bear in mind that the end goal should be to raise awareness and trigger mindset change, within the context of understanding current attitudes, some of which may differ within markets and communities.

As an illustration, let’s run through a few examples of brands that haven’t fully understood local sensitivities, and others that have and as a consequence have successfully contributed to more progressiveness within the local market.

Read the full article on Brandingmag.

What impact can purpose led brands make on local markets

How do global purpose-led brands drive their agenda across local markets?

Mind your language: bridging the gap between cultural awareness and inclusivity